“We are all atheists about most of the gods that humanity has ever believed in. Some of us just go one god further.”
— Richard Dawkins (The God Delusion)

“I think that God that we have created and allowed to shape our culture through, essentially Christian theology is a pretty villainous creature. I think that one of the things that male patriarchal figure has done is, allowed under it’s, his church, his wing, all kinds of corruptions and villainies to grow and fester. In the name of that God terrible wars have been waged, in the name of that God terrible sexism has been allowed to spread. There are children being born all across this world that don’t have enough food to eat because that God, at least his church, tells the mothers and fathers that they must procreate at all costs, and to prevent procreation with a condom is in contravention with his laws. Now, I don’t believe that God exists. I think that God is creation of men, by men, and for men. What has happened over the many centuries now, the better part of two thousand in fact, is that that God has been slowly and steadily accruing power. His church has been accruing power, and the men who run that church, and they are all men, are not about to give it up. If they give it up, they give up luxury, they give up comfort.” 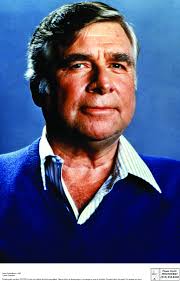 “We must question the story logic of having an all-knowing all-powerful God, who creates faulty Humans, and then blames them for his own mistakes.” 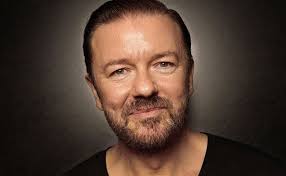 “I see Atheists are fighting and killing each other again, over who doesn’t believe in any God the most. Oh, no..wait.. that never happens.”
— Ricky Gervais

“Being a Humanist means trying to behave decently without expectation of rewards or punishment after you are dead.”
— Kurt Vonnegut Jr.

The most common way people give up their power is by thinking they don’t have any.
~Alice Walker

“And haven’t I told you that what you mistake for madness is but over-acuteness of the senses.”― Edgar Allan Poe

Image by Gustavo Rezende from Pixabay

We're all on a road to somewhere.

The author, his books, and his blog

Things I want to say about this, that, and the other thing.

"If you but knew the flames that burn in me which I attempt to beat down with my reason." - Alexander Pushkin

Scribblings and scrawls of a hopeless romantic soul

Welcome to my Art and Lifestyle Blog. Follow my adventures as a Bohemian artist.

My view, tho' somewhat askew...

A Wife, My Verse, and Every Little Thing

Experiments in Creative Writing, and more ....

The Unspoken Words Worth Writing Down

Crow On The Wire

The Stories In Between

a resource for moving poetry

Stoner on a rollercoaster
aaisha'spoetry

Just trying to find me between the pages, into the wild I go to lose my mind and find my soul.

Behind the White Coat

Random meaningful words on a page

nightunlatched.wordpress.com/
Haiku out of Africa

Reclaiming my inner badass at 50

The Art of Glamorous Fantasy

Luxuriating in the Arts

Living with a damaged skull

The Paths of the Spirit

Create a path of Light with your Life

Welcome to my world.

House of Heart
The Renegade Press

Tales from the mouth of a wolf

Great poets live on the edge of sanity; mediocre ones reside in the suburbs.

visualize whirled peas...all you have to do is stop the violins!

Welcome to the world of cats!